How does Satan get his lies into our mind and how do I protect myself? 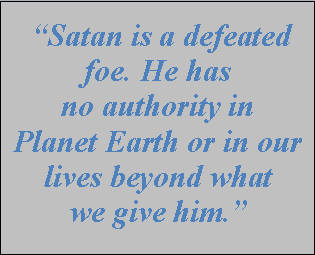 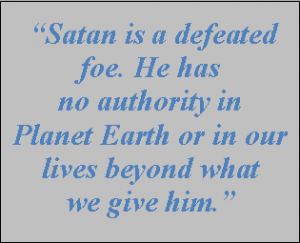 Religion has led us to believe Satan is almost equal to God having all manner of supernatural powers that he uses against us, then it gives us the added bonus of telling us he can speak into our mind. According to religion, this is the source of all our evil thoughts. None of this is correct!

Satan’s lies about God and life were implanted into the world in ancient times. The people who believed and embraced those lies taught them to others as fact. This became the teachings of all false religion, occult practices, humanistic philosophies and cults. Much of it has been passed on as fact in the form of corrupt science. From all these sources we have been taught anti-scriptural, anti-God philosophies. But they were rarely presented as anti-God. They were simply presented as scientific fact or higher moral truth. Our ignorance or lack of commitment to the Word of God makes us vulnerable to this type of deceit! When we embrace these philosophies we, by default, choose them over the Word of God. It isn’t Satan whispering in our ear, it’s our own carnal mind telling us what we’ve been taught.

The only true protection against these deceitful lies is the knowledge of God’s Word as interpreted and applied by the Lord Jesus Christ, as well as full knowledge of what was provided in the New Covenant. Satan is a defeated foe. He has no authority in Planet Earth or in our lives beyond what we give him. He can’t speak directly into our minds and absolutely can’t force us to do anything we don’t want to do!

CLICK HERE to join me this week in Impact CyberChurch and learn the truth about Angels of Light: Authors of Deception. Plus, be sure and check out the free, full length message available on our mobile app or through our email list.

Are You Ready for the Church of the Future?