I am outraged that Congress continues to allow czars and other non-elected entities of government to make and pass unconstitutional laws in the form of regulations. We vote to send officials to Washington to represent us; however, Congress has been made irrelevant by unconstitutional executive orders and regulatory czars that our officials seem to lack the will to stand up against. If it is not voted into law through Congress it is not a law! I am sick of losing my freedoms and watching my country become something that is not only unconstitutional but opposed to the Constitution. The one thing we should be able to trust our representatives to do is uphold the Constitution. I’m beginning to wonder!

This is why the American people aren’t involved in the political dialog. We send representatives to the state and federal levels expecting them to uphold their pledges and mainly uphold the Constitution and it doesn’t happen, so why bother voting? That is the sentiment of the people on the street. I know! I am a pastor; I deal with people every day who are sick of government but know their vote really doesn’t mean anything if the Constitution is not upheld!

Right now our government, through the FDA, is taking away our right to drink whole raw milk while supporting the sale of toxic foods and drugs that knowingly kill and injure thousands. Between the FDA and the EPA farmers are being driven out of business, and soon the government will have control of our food supply. What do you think will happen to our country, our freedoms, and our health at that point? Enough is enough!

Enough is enough just between the EPA, the IRS, the FDA, and the Department of Education! We are told what to eat and what type of medicine we can use. In some cases we are forced to use medicine on our children that we know will harm them. But they can arrest us if we don’t follow their “guidelines.” Those of us who actually work and pay taxes are penalized for being responsible. We live in dread of the IRS which has unlimited, unconstitutional regulations (that their own agents don’t even understand) to enforce unconstitutional taxes while the government doles out our money and steals from us to buy votes from people too ignorant to know or care about the Constitution, and too irresponsible to pay taxes.

The Department of Education teaches kids how not to think while they push curriculum down their throats that make them anti-American, anti-free enterprise, pro-Communist anarchists that can barely read, write, add, and subtract. The EPA, in attempting to follow Spain as the perfect Green Country, will soon destroy our economy just like Spain’s. But that won’t matter because through all the other regulatory agencies no one can start a business in America anymore unless they are a government insider committed to the Socialist agenda.

Through government sponsored class warfare those of us who pay taxes and create jobs are portrayed as enemies of the state and villains who plunder the poor. But the poor are being vindicated as they are encouraged to take to the streets and riot to destabilize our country and economy. Although… I’m not sure who will pay the taxes to support the welfare recipients once all the entrepreneurs go broke or leave the country. Those of us who actually built the country and the economy by creating jobs can’t pray about the problem because we might violate someone’s rights. We can’t start a business to solve the problems because all entrepreneurial efforts are evil and over-regulated. We can’t sit down and drink a glass of milk while we think about the problem because the FDA or EPA may rush in at gunpoint to make sure it’s not whole milk. But then there may be a shortage of guns since our government has been giving them to the Mexican drug cartel, so they could then exploit the problem and pass new laws to take away our gun rights.  Even if I want to eat a Twinkie, Michelle Obama will have the Fat Police after me! What is a man to do?

America! The reason we have the freedoms we have is the Constitution, and now it is under attack more than ever. People call it outdated and irrelevant. They say we must be progressive and change the meanings of the original founders’ intent; after all, they didn’t know about all these modern problems. Wake up! The Constitution does not have to answer questions about modern issues despite what recent magazine articles and corrupt, ignorant, elected officials might say. The Constitution was designed to deal with one problem that is as old as man himself: the unholy desire of one man to rule over another. Our Constitution was designed to limit the power of government so we could be free to rule our own lives.

It is time to say, “No!” to every aspect of large, invasive, intrusive, controlling government. End the foolishness or it will end us. Now, have a glass of whole milk; it will sooth your burning stomach as you read the Constitution for yourself and discover how far from freedom Washington has taken us! 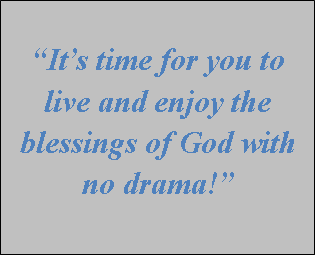 Somehow I manage to mess up almost everything good that comes into my life. What’s wrong with me? 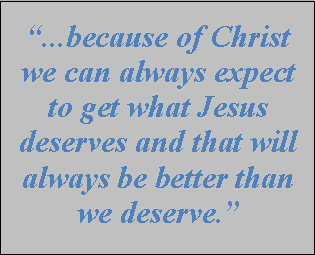 Why is God good to us even when we don’t deserve it?

I just want God to fix my life; why isn’t it happening?

If God is so loving why do I have to beg Him to meet my needs?